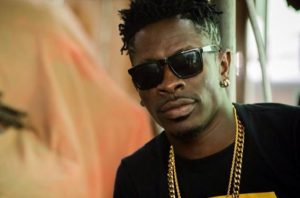 Dancehall artiste, Shatta Wale has disclosed that when he set out to do music, most people told him he was destined to fail.

According to him, people doubted he will make it by becoming the love of the masses but his work over the years has proven people wrong.

Shatta Wale made this known in a post on social media.

He said while recalling his entry into the music industry that “

WHEN I STARTED THIS MUSIC CAREER ,MOST PEOPLE SAID I WONT REACH ANYWHERE..I BOUGHT A PENTIUM 2 PC ,INSTALLED FRUITY LOOPS AND STARTED PLAYING BEATS AND ALL I COULD HEAR PEOPLE SAY WAS , MY BEATS WERE TOO DRY AND SOUNDED LIKE “KONKO” BUT “PAA KWESI” OF TV3 “MUSIC MUSIC” FAME GAVE ME THE OPPORTUNITY TO SHOWCASE A SONG I RECORDED CALLED “DEM A FUNNY”… HE BELIEVED IN MY BEAT AND THAT MOTIVATED ME .. AKUMA VILLAGE ,TAWALA, LABADI BEACH AND NIMA WAS THE ONLY PLACE I WAS PUSHING MY MUSIC. BIG UP TO OSAGYEFO , KOJO KOMBOLO ,JAH T, MAMA AND PAPA TAWALA , BILLY JANE AND HER TEAM FOR BELIEVING IN ME .. THEY MOTIVATED ME”.

Shatta Wale is set to launch his latest album which he has said will be very big.